The population donated the benches to the local administration

The members of the saving and loan group residing in the Hills of Muramba, Nyarumuri and Bihembe have solved a problem that they had in their communities.

During the colline meetings they used to miss where to sit, some sit on the ground others on stones. The SAE project through the teachings and trainings of PILDA, the citizen have been understood that they shouldn't keep the behavior of being supported as we see many people in the neighborhood who have put in their minds that the development of their community will be brought by people they don't know even where coming from. 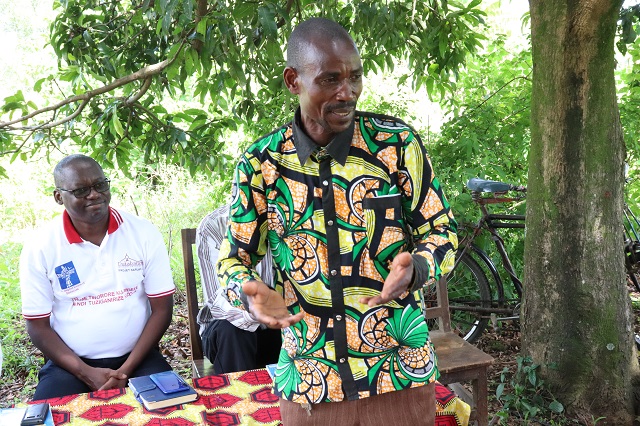 One of the local authorities leading Nyabitsinda zone, called GAHUNGU Elias thanked a lot for members of those groups for their good idea of giving Benches that shows that they care for the development of their community. He thanked also the organization that is implementing the Saving Association Expansion (SAE) project in the Province of RUYIGI. He ended wishing it to be extended in the whole country so people can get these teachings and trainings exciting them to think about and initiate development projects in their community.